What If The Bees Went Extinct?

Our little black friends with yellow stripes are much more important than most of us could imagine. 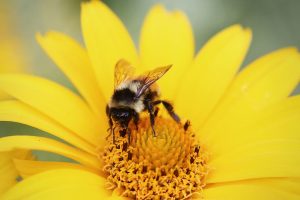 Bees are a fundamental part of the world we live in since they take care of details of nature that are practically irreplaceable. In other words, from the pollination of plants to the extermination of some pests, bees are undoubtedly one of the most important living beings in the ecosystem.

However, for a few decades researchers have noticed a significant decline in the bee population. But why are they disappearing?

Some argue that this may be a consequence of climate change, but one of the most recent research from Harvard University concludes that several of the industrial pesticides commonly used in fields attack virtually all insects (including pollinators). .

According to various studies, of the more than four thousand known species, the number of individuals has decreased by up to 50% in some cases, that is, they may disappear suddenly without us noticing.

As already mentioned in the introduction, bees play a vital role in food production and in the ecosystem in general.

Similarly, a BBC report comments that half of all food in the supermarket would disappear if the bees were extinguished. This includes staples such as almonds, apples, avocados, blueberries, grapes, peaches, bell peppers, strawberries, tangerines, walnuts, watermelon, coffee, etc. And it must also be taken into account that a large part of the cotton produced in the manufacture of clothing has to do with bees.

It will have to be pollinated by hand 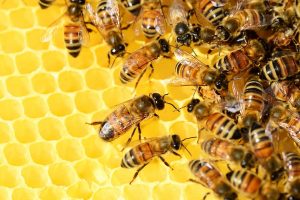 Since there would be no bees to carry pollen from one plant to another, the only solution for now is to pollinate one by one.

Currently in Asian countries, especially China, there is a considerable shortage of bees. For that reason there are thousands of farmers and workers in the fields with pollen buckets and brushes pollinating each flower. Although it is a relatively common task, the production of food by hand pollination is still minimal compared to what is obtained naturally.

Although, in recent times, there have been important advances in industrial robotics that have made it possible to replace human labor with robots, the pollination process is so delicate that it is impossible to do it in an automated way with current technologies.

One of the main consequences related to the previous points is the significant increase in food prices.

In addition to the production of fruits and vegetables that are directly affected, there are also other foods that depend heavily on the work of bees. For example, all animals that eat grass and herbs such as cattle and sheep.

And the consequences are already being seen. One of the most notorious cases occurred in Scotland during the winter of 2013; According to the researchers, more than half of the honey bee population declined, and this led to an increase in virtually all foods, especially fruits, meats, and dairy.

Meals would be less and less nutritious

All the foods that we normally eat may not disappear, but it is possible that we eat less and less nutrients.

For example, since there would be no pasture, livestock will need to be given artificial substitutes to feed. In the end it will make the meat increasingly fatty and less healthy.

Similarly, most foods that have minerals such as calcium, iron, and fluoride, as well as vitamins such as A and C, are closely related to pollination.